“Throughout our 102-year history, Oldendorff has remained a forward-thinking and values-driven company, highly adaptive to change. Our culture of integrity extends to all regions we serve, and applies to all aspects of our business. We continue to advance our sustainability priorities by way of proactive environmental stewardship, an unwavering commitment to diversity, and a steadfast respect for human rights.”

Steps we are taking

We view our people as our greatest assets. All of our approximately 4,500 employees are challenged to look for ways to improve our carbon footprint and provide our shipping services in a more environmentally friendly manner.

Our Innovation and Newbuilding Department is continually looking for the best hardware solutions to improve the environmental footprint of our ships.

Our Global Engagement and Sustainability Team is collaborating with many different organisations and entities to listen, learn and share to find the best ways forward. The risks of making wrong decisions on sustainability issues, due to insufficient research or understanding, is more significant now than it has ever been.

The owned fleet of Oldendorff Carriers is a modern fleet of about 110 bulk carriers. Many of the vessels were built or modified with fuel saving devices including: Becker Mewis Ducts and rudder bulbs, most of our vessels have long stroke engines and auxiliary engine economizers, to reduce fuel consumption and emissions. In addition, we have fitted 95% of our vessels with Exhaust Gas Cleaning Systems which significantly reduce black carbon and sulphur emissions into the atmosphere.

Another part of the project is assessing the feasibility of establishing ammonia bunkering infrastructure in West Australia in order for bunkering operations to potentially take place at the load ports area, benefitting from the favorable regional ammonia production outlook. Since ammonia burning engines are not yet commercially available, as well as the many other hurdles to overcome, it is clear that this ambitious project has a long term outlook. 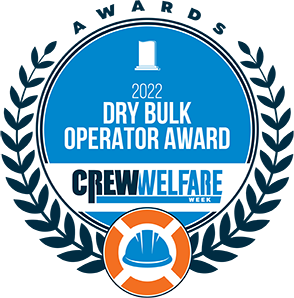 Neptune Awards - The most Devoted Sustainability Promoter of the Year 2019

Bimco Shipping Company of the Year 2015 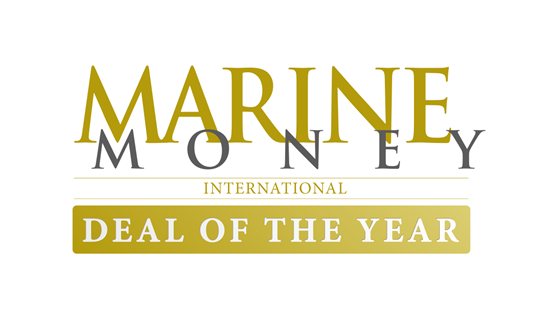